All Posts
All Posts

A New Home For Expert In Mind

It has been estimated that between 80% and 90% of peoples’ lives are spent indoors. With most office work being conducted during the day, the opportunity of access to daylight hours is limited for many office workers. Therefore, making a great office environment even more important.

We at Expert in Mind are fortunate enough to have relocated to an amazing new, modern office located in one of Sea Change Sussex’s high quality office buildings where natural light pours through the large windows. Even better when the sun is shining! 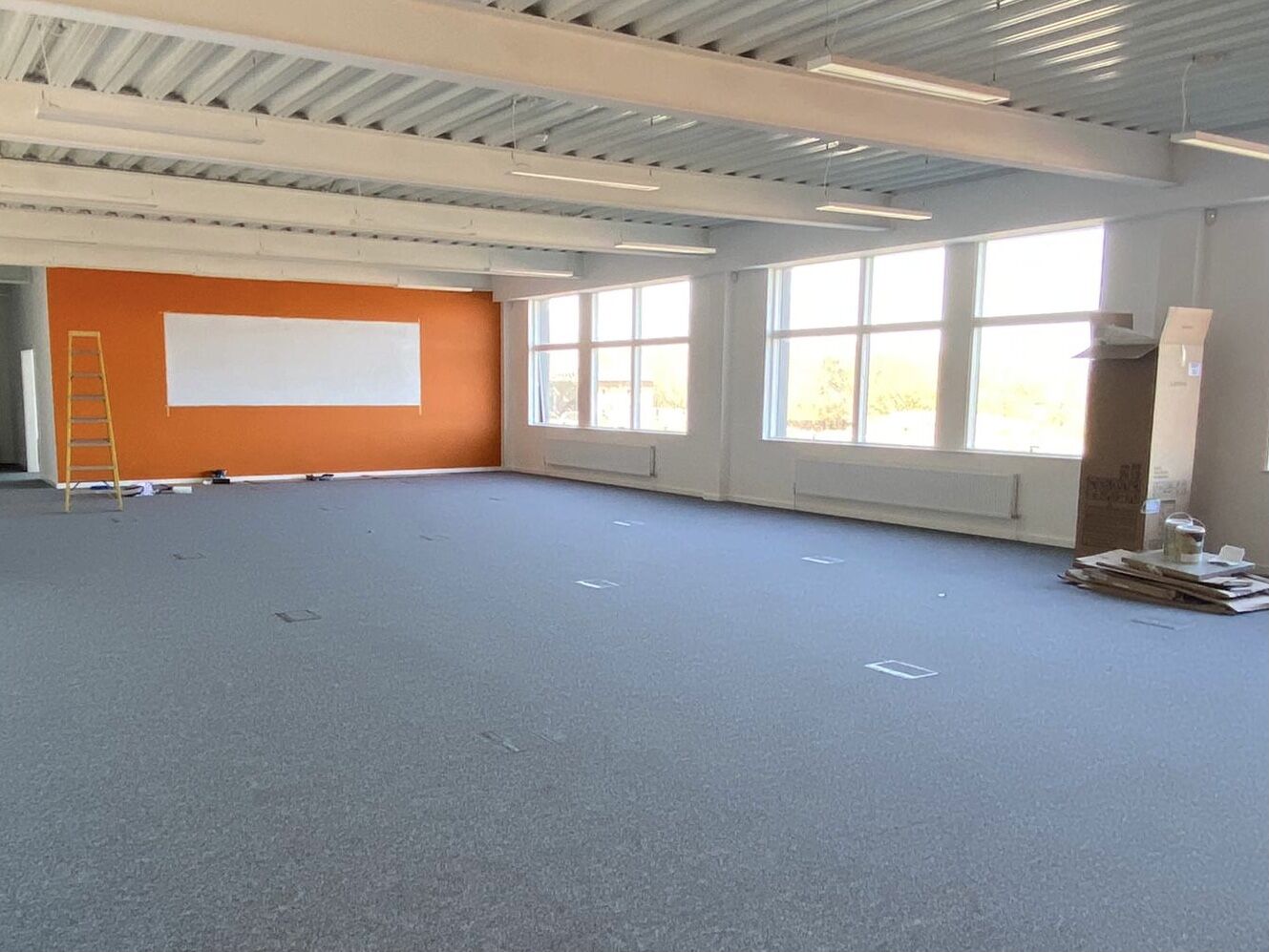 A recent study by Alan Hedge at Cornell University showed that people that worked in an office with ample natural daylight reported an 84 percent drop in headaches, blurred vision and eyestrain. As well as less drowsiness and greater energy, relaxation and happiness at work.

"The study found that optimizing the amount of natural light in an office significantly improves health and wellness among workers, leading to gains in productivity," said Hedge. "As companies increasingly look to empower their employees to work better and be healthier, it is clear that placing them in office spaces with optimal natural light should be one of their first considerations."

Our beautiful, shiny new office has huge windows that span the length of one wall. Giving us not only access to huge amounts of natural light but the most amazing views over the Countryside Park, with its rolling hills, shades of green and the pops of yellow coming from the rapeseed fields. 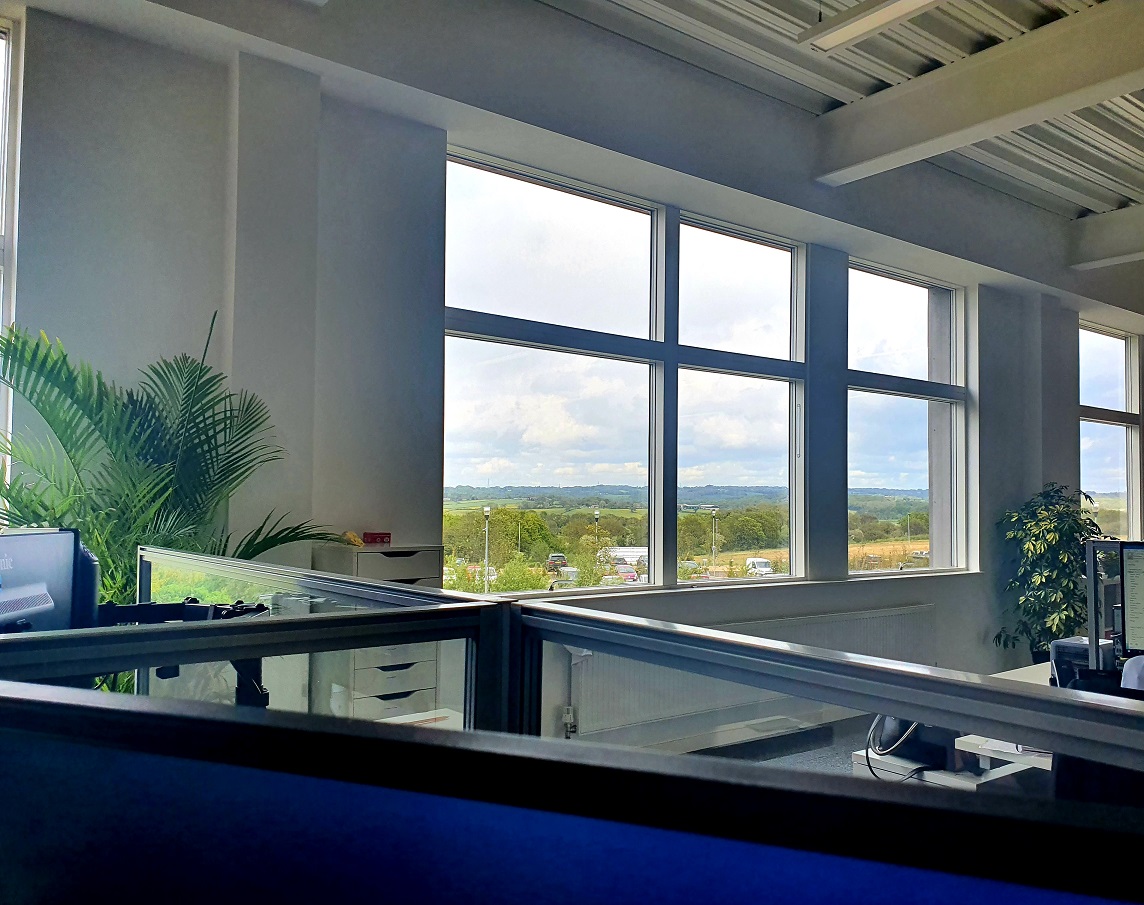 Attention Restoration Theory suggests that looking at nature can make the brain switch to a different mode of processing. In the study, brain scans were studied of people that were randomly assigned to look at pictures of a green meadow or a concrete roof for 40 seconds. Even just a fleeting glimpse of nature was enough for the brain to move into a more relaxed mode. Participants were also measured on their attention following viewing the images and those who had seen the meadow performed significantly better, making less mistakes and getting less distracted. The effects of nature on our productivity and wellbeing seem almost endless.

In addition to this, a widely cited study by Ulrich suggested that post-operative hospital patients who had a view of nature recovered faster and required less pain medication than those that did not have a nature view. Signifying that the view from the window may be as important (if not more so) than daylight alone. We are extremely lucky to have both!

We overlook the Combe Valley Countryside Park, 1,480 acres of land spanning between Bexhill and Hastings. Bursting with wildlife, there have been 2,456 species recorded, including several rarities. The Countryside Park is rife with pathways, cycle paths and bridal paths. Giving us a great opportunity to get out into nature on our lunch breaks, weather permitting of course!

Nature isn’t just on the outside either, with plants being brought in to decorate and help lessen any echo from the large open space that we now inhabit. However, looking nice and absorbing sound are not the only benefits to having plants in the office.

A study conducted by the University of Technology, Sydney, noted significant reductions in stress amongst workers when plants were introduced to the workspace. Including a 58% drop in depression, 44% drop in anger and tension and a 38% fall in fatigue. Not just that, but it was reported by the University of Exeter, that employees’ productivity rises by 15% with just the addition of a few houseplants in the workspace.

So not only will they reduce noise, clean the air, calm and refresh the team but productivity and wellbeing should be improved. Who knew we could get quite so much from just popping some plants around the office?!

With all this in mind, we really are set up to excel in our new workspace and we cannot wait to see just how much our productivity soars in this amazing setting!